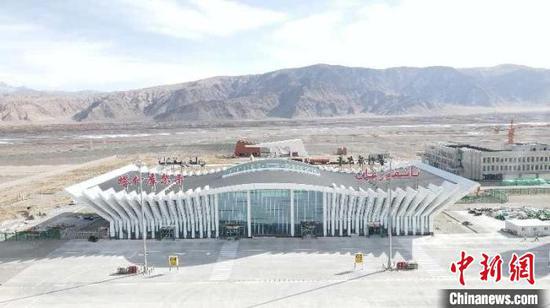 (ECNS) -- A Flight CZ5193 from Urumqi landed at the Tashkurgan Khunjerab Airport on Friday, marking the official operation of the first super high plateau airport in Xinjiang Uyghur Autonomous Region.

According to Chen Xiaoguo, general manager of the airport, the round-trip route from Urumqi to Tashkurgan has been opened and passengers can transfer to all parts of China via Urumqi.

Tashkurgan Tajik Autonomous County, located on the Pamir Plateau, is home to over 30,000 Tajik people.

Inefficient transportation once hindered local economic development. To improve the traffic conditions for all ethnic groups on the plateau, construction of the Tashkurgan Khunjerab Airport with an investment of 1.6 billion yuan (about $229 million) started in 2020.

"It took me more than 40 hours to Beijing by bus and train before, but now I can reach the capital in eight hours by plane," said a local resident.

This convenient air passage will significantly promote the development of local tourism and opening up, said the head of Tashkurgan Tajik Autonomous County.